Before starting my blogging journey , I got motivated with some of the most famous and popular Indian Bloggers of all time. I treated them as my mentors and these bloggers motivated me not to stop trying. A number of them are successful and therefore are earning thousands of dollars monthly. Specially Nowerdays  Affiliate Marketing  is the major source of income for most of the Bloggers.

Amit Agarwal holds an Engineering degree in Computer Science from I.I.T. and has previously worked at ADP Inc. for clients like Goldman Sachs and Merrill Lynch. In 2004, Amit quit his job to become India’s first and only Professional Blogger.

Amit authors the hugely popular and award-winning Digital Insipiration blog where he writes guides around consumer software and mobile apps. He has developed several popular web apps and Google Add-ons including Mail Merge for Gmail. Amit has written columns on personal technology for major publications including The Wall Street Journal India, CNBC TV18 and The Hindustan Times.

Harsh Agrawal is the Fountainhead and CEO of ShoutMeLoud, an award-winning blog that aims at helping people be their own boss.

After completing his engineering degree in 2008, Harsh started his online venture in November of the same year. By 2009, he was recognised as one of India’s young turks and featured in many online magazines and newspapers.
In 2009, he moved to Pune to help an Indian start-up company and worked with them for 6 months. In August 2009, he moved back to New Delhi, and founded the digital network ‘ShoutDreams’.

He has also been contributing to the field of SEO and WordPress since 2009.

Harsh has helped hundreds of individuals and small businesses to increase their online visibility and integrate business with his blog. He has partnered with innumerable international companies to promote their online businesses and is one of the most active members on the Indian blogging scene.

He featured in “The Week” in July 2013 for his achievements and contribution to the blogging sphere. Not just that, Harsh has also been recognized by BusinessInsider, SEMRUSH, Google For Work, YourStory and Inc42 to name a few.

My first startup was an online motorcycle publication called BikeAdvice, which eventually became the No.1 motorcycle blog in India with 1,00,000+ followers and 1 Million+ page views per month.

I had an exit from BikeAdvice in 2012. After that, I have worked as digital marketing manager in startups like Exotel, Practo, Instamojo and Razorpay. I also write, speak and consult on digital marketing.

Pritam Nagrale, one of India’s top bloggers started his blogging journey in 2004 when no one was aware of earning from the internet, he is running two blogs MoneyConnexion & SureJobs.in and earning more than $10000- $15000 every single month from Adsense and advertising on his blog.
He is very down to earth person and has a team of more than 35+ people in his office working on different blogs.

Pardeep founded his website HellBound Bloggers at age 17.  After a great deal of struggle and studying,  he turned the site into a professional one.In this time he became enthused about blogging and recognized that blogging is more than writing publishing & sharing knowledge, it is a moderate to discuss quality information. 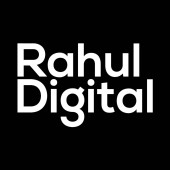